Ya, I haven't had much to say at all lately. But today there is huge news and I would be lame if I didn't put in my 2 cents. Yes, I know, I can hardly afford that 2 cents but I'm sharing it anyway!

This morning the Iowa Supreme Court legalized gay marriage!
(This is where the trumpets sound and the balloons and confetti fall from the rafters!)

Obviously I'm personally not gay. "Mr Man" is not code for my butch lesbian lover. Yes, I joke that he is more the woman in the relationship than I am. Yes, he loves to talk on the phone while I DETEST IT with every fiber in my body. Yes, he likes to shop while I would rather be jabbed in the eye with a sharp stick. Yes, he spends more time in the bathroom getting pretty then I do but...

Where was I going with this?

Oh right... He's not really a woman. He is in fact a man. I swear it. I have the hair shavings all over the bathroom sink to prove it!

Even though we're not gay, the majority of our friends are in same sex relationships. Our best friends are gay. My ex brother in law is gay. I am very excited for today's ruling in Iowa.

I don't think of this so much as a gay vs straight or "innee vs outee" (or who does what with their innee's or outee's) type thing. To me, this is about EQUALITY.

I think it's high time that states start recognizing that everyone deserves the same rights. Man, woman, straight, gay, lesbian, bisexual, transgender, intersexual, and asexual. And anyone else I forgot.

When an unmarried man and woman have a child together, sort of like Mr Man and I, although we're in a common law marriage now, we both have equal rights as our sons parents in his life. If something happened between us, God forbid, knock on wood, *spit, spit, spit (like on My Big Fat Greek Wedding (pttooey, pttooey, pttooey)
Random Thoughts By Unknown at 9:24 PM

Email ThisBlogThis!Share to TwitterShare to FacebookShare to Pinterest
Labels: You WILL read this and you WILL enjoy it because it's my blog and I said so

Can't Get Enough? How about these?

My Blog Layout By:

"When I'm not busy being an unemployed housewife and mother, I try to fulfill my duties as Miss Illinois" - Roseanne

I Took the Pledge! 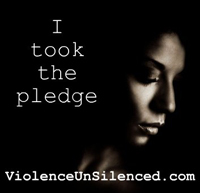 Pick Me! Pick Me!

I Want to Snuggle With Them All

Everything on this blog is the opinion of the blog owner and is no reflection on anyone else in the blog owners life, personal or professional, past or present. Blog owner reserves the right to remove any posts, comments, or links at any time. If you steal it, I will hunt you down and kill you. Well, maybe not kill you, but I will hurt you. Just sayin...